Natasha is 17 years old, almost an adult. She lives with her father, mother, a younger brother and a dog. Natasha goes to school and learns to play music and draw in her free time. Just like any other girl. But she has special needs because of cerebral palsy.

She has had CP since birth. Her mother had difficult labour, and the doctors warned that the girl probably would have health problems. Nevertheless, the parents didn’t even think about abandoning the daughter. The family decided to do everything possible to make Natasha live and develop like other children. 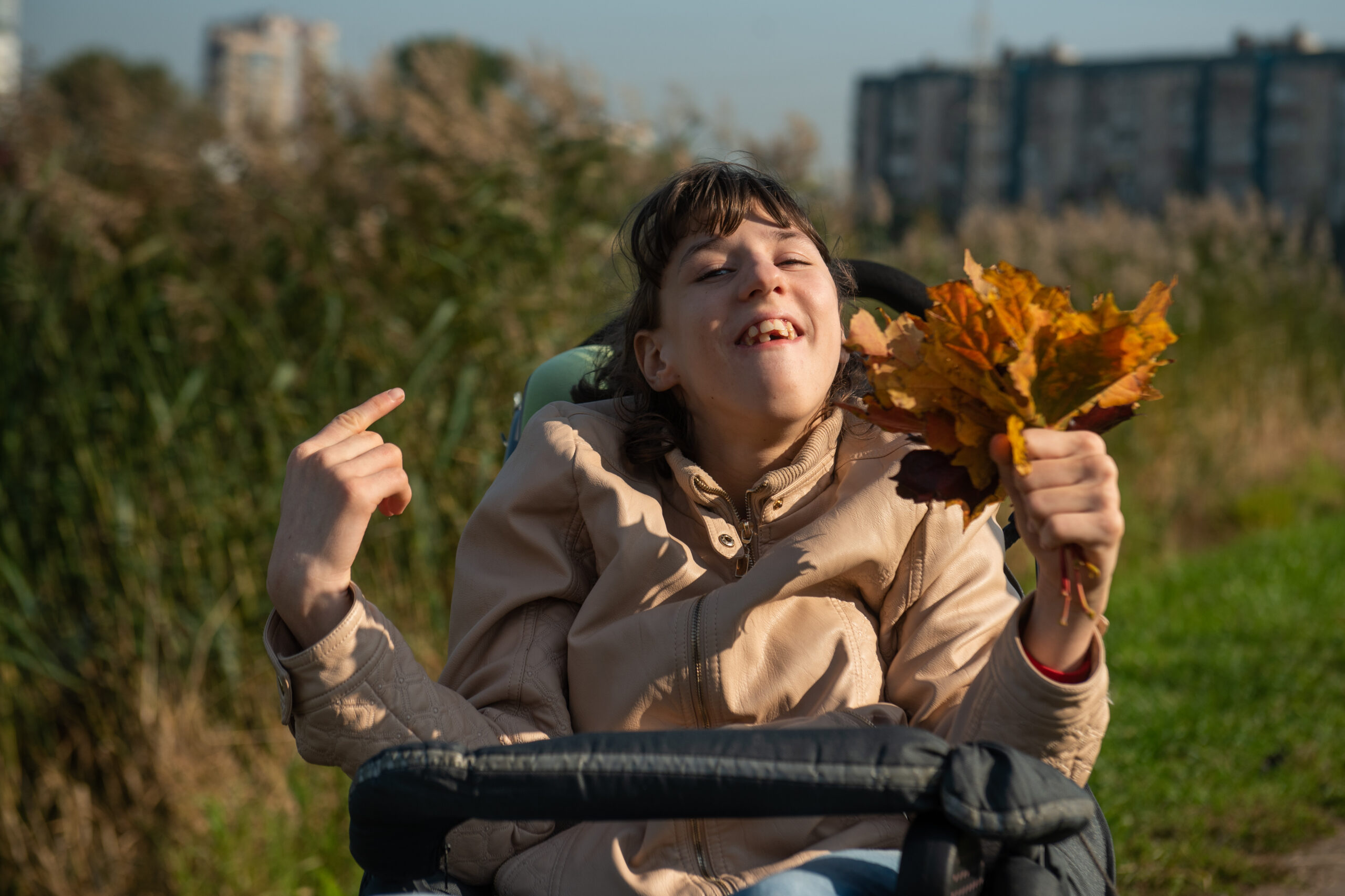 For the first 18 months Natasha has been fed through a pipe. Since then the blender is the main device in the kitchen because Natasha can only eat pureed food. Natasha uses a wheelchair, she can pronounce only first syllables of words and is severely restricted in the movement of her arms and hands. However, even this is a great achievement for her and her family. It was made possible by permanent work of the specialists and Natasha’s parents’ ongoing care and support. For the first three years it was her mother who put most effort into care for Natasha, her grandmother stepped in until the girl turned seven. Now Natasha’s father takes care of her most of all. 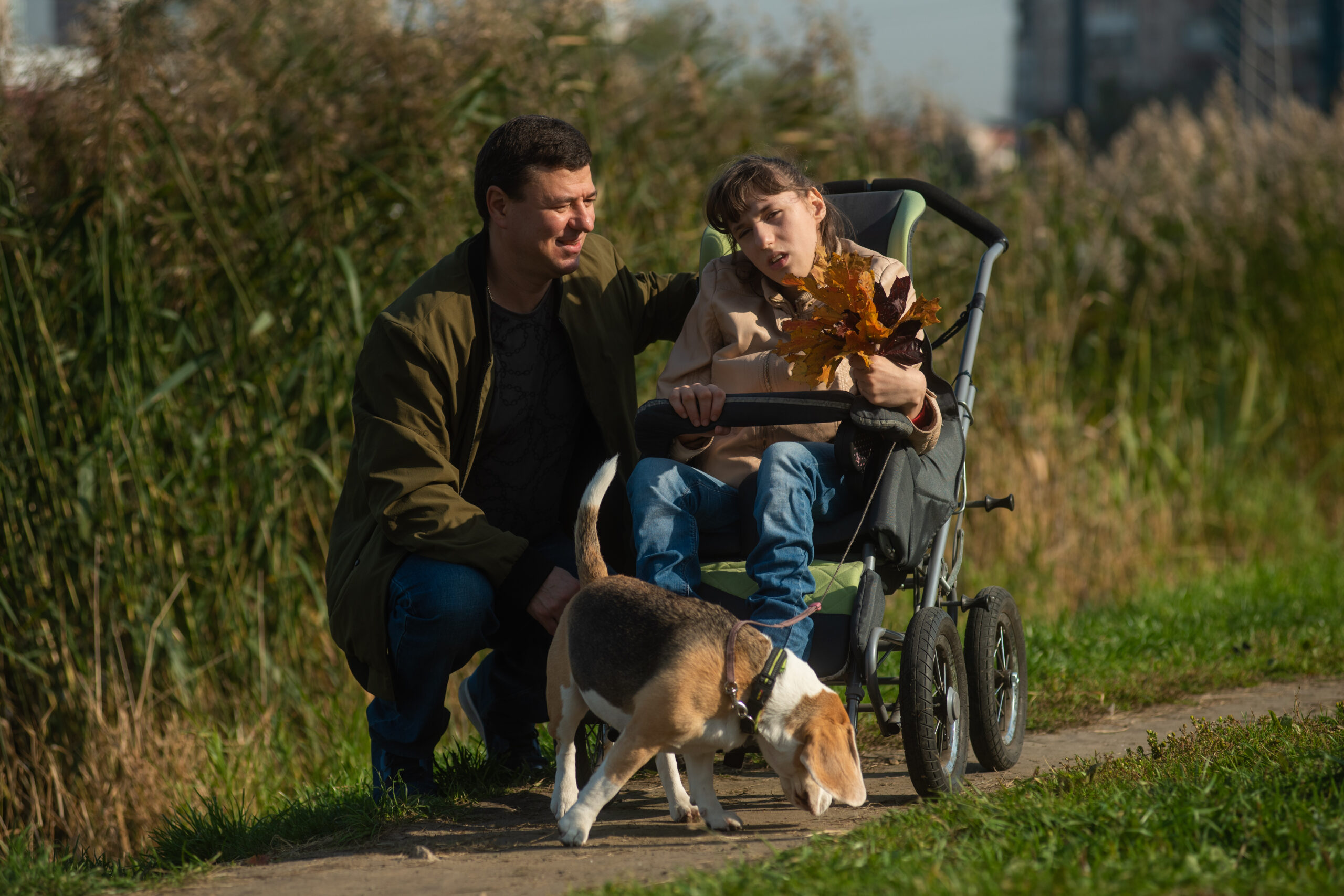 Natasha is very kind and outgoing; she has a good memory. She likes meeting new people and old acquaintances, she always looks forward to vacations when the family goes to see her grandma and relatives. When we visited Natasha to have a chat and take some photos before writing this story, she immediately offered us tea and invited us to come back as we were saying good-bye. Natasha finds speaking a challenge so her father helps her to communicate. They get the meaning by just looking into each other’s eyes and have created their own sign language. For example, an open palm means “five” or “Friday”, patting the thigh means her dog Lina. 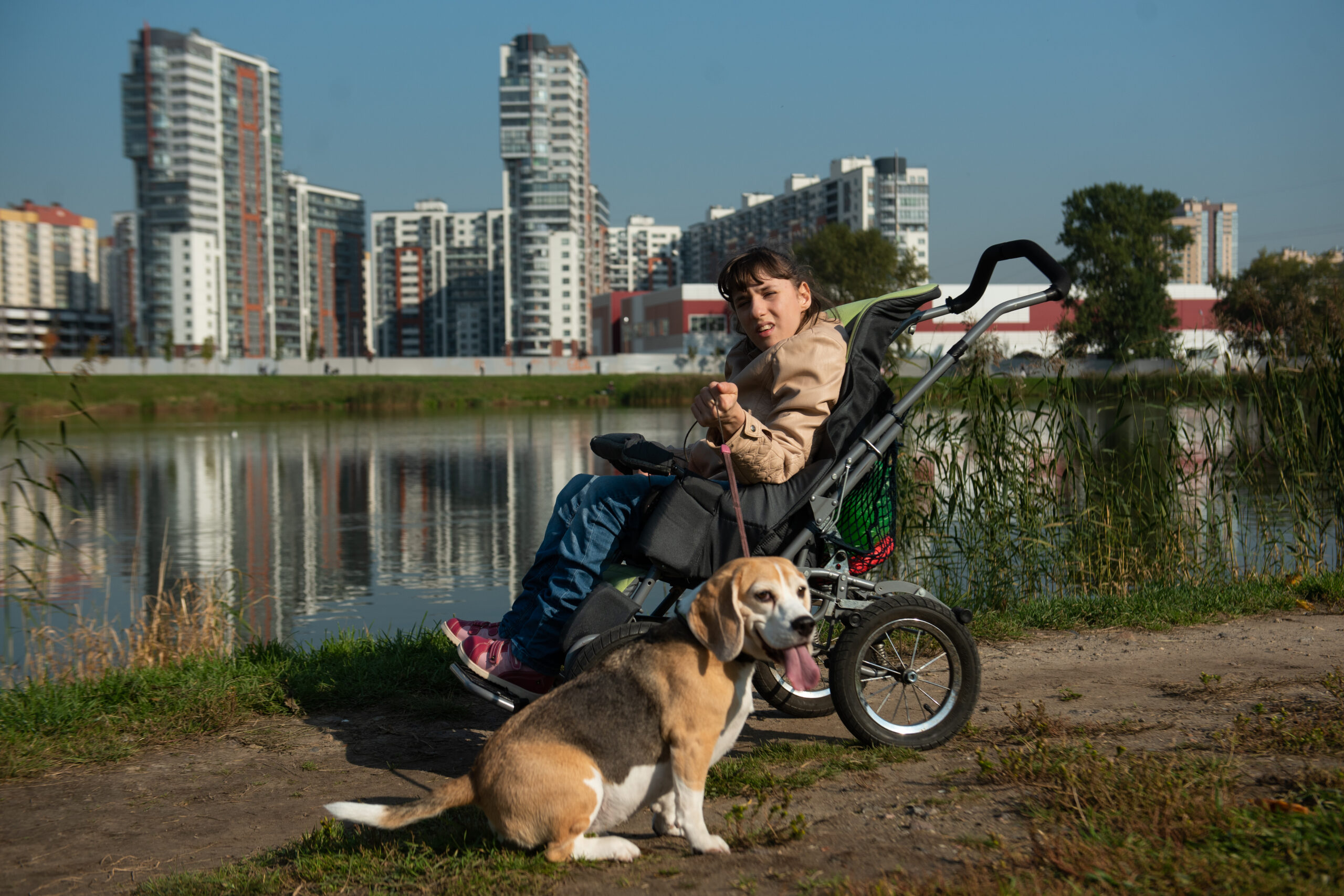 The family are used to planning their life carefully. But one summer an unforeseen situation occurred. When the mother and younger brother were on a beach holiday, the father was urgently called to work. There was nobody to stay with Natasha and take care of her because the family has no relatives in St Petersburg. That was how the family joined the “Short Breaks Foster Care Service” programme. Since then a social assistant has been coming to Natasha regularly, and they have become good friends.

Make a one-off or regular donation so that other children with disabilities have a caring and reliable friend.